Mommy Brain (and Other Euphemisms for Parental Guilt)

[box_dark]”Five Kids, Two Dogs, and a Man of the Cloth,” by Cheryl Oberdieck[/box_dark]

[dropcap]I[/dropcap]’m pretty sure that when all my kids are grown and start comparing notes on their upbringing, my oldest and youngest will realize they were raised by a completely different set of parentals.

Jonathan was 13 before he was allowed to read Harry Potter. Now my 9 year old is reading the series.

Katy regularly says “you’re welcome” to her sisters when they get to do something at a younger age than she did. She takes credit for the fact that Kayla and Christy can put wild streaks of color in their hair. Katy spent many months doing the ground breaking on the hair dye issue.

These days my teenagers wear jeans with huge holes in them, even to (don’t be shocked!) church events. Their older siblings had jeans like that thrown in the dumpster.

With child number one, you are all about doing everything just right. I remember being stressed over the fact that Jonathan could not crawl at 9 months (don’t you know that the crawling skill is related to later reading ability?) So we bought him an inflatable cylinder that he could roll under his tummy and guided him across the floor.

Then I tortured myself over the fact that he could not skip at age 5. No matter that he was always slightly awkward and uncoordinated (sorry, Jonathan – you got that from your father), I took his lack of skipping as a real parental shortcoming. After all, the homeschool guidebooks said that skipping was an important kindergarten skill! So I walked him daily through the neighborhood. Each time we reached a driveway, I had him try in vain to practice skipping. They must not have required skipping in college, or he’d still be there.

Cross reference that with this memory from Mary’s childhood – baby number 5.

[box_light]Mary just came to me in a giraffe costume and said “look, I’m an elephant!” I just smiled at her cuteness.

Yesterday at Mary’s 3 year well-child-check up, the doctor kept asking me about milestones. I wish I had taken her surrogate mother (11 year old sister, Kayla) along because I’m sure she could have answered better than I did.

I did know that Mary can plug in the DVD player and put the tv on the right channel and start up a movie, but the doctor didn’t ask me that.

She wanted to know such things as “can Mary stand on one foot?” Uhhhh, I dunno. “Can Mary jump over something?” Uhhhh. She wanted to know if Mary could partially dress herself. Uhhhh. Fortunately for me, Mary started putting her socks and shoes back on right there in the doctor’s office while I was stuttering and stammering. Whew, at least got one!

She wanted to know if Mary was using adjectives. Again, I wasn’t sure, but I did know that Mary was saying things such as “You ‘fweaked’ me out” and “No, dahling” and “That’s awesome!” (Thank you teenage siblings.) But adjectives? I wasn’t sure. Tonight I picked her up with my cold hands when she was shirtless and she shuddered “ohhhh, hot!” I guess that counts, right?[/box_light]

And if you think that’s bad, consider that I forgot to take Mary to her 6 year old well child check until she was nearly 9.

And it’s not just the youngest who sometimes get short shrift. You know the verse about how a mother will never forget her children?  That poor middle child of mine.

[box_light]9:30 last night I got a phone call. “Mom?” the little voice said.  Being in a house filled with kids I said “You must have the wrong number” and was about to hang up. The little voice insisted, “no, it’s Kayla!”  Oops. I guess all my kids weren’t accounted for!  Kayla was at church camp and one of her friends evidently had lent her a cell phone.[/box_light]

Uh, yeah, try to explain that one to your kid away at camp. To my credit, I had sneaked some cute little notes into her suitcase before she left telling her how much I was missing her!

Sometimes I beat myself up about not being the perfect parent, or even a mostly-on-the-ball parent. But then I remember I am human. I am tired. I get distracted. I get fed up. There are times I throw up my hands and give up. There might have been a swear word (gasp!) involved on occasion. I sometimes discipline the wrong kid (saving that one for another blogpost). And yes, there are those cumulative effects of mommy brain. Some days I am pretty sure my mind is toast!

It is so important to remember that for all these things, Jesus died, and I live in God’s grace, mercy and forgiveness. Parents often judge themselves by the heavy burden of the Law when raising their children. And we are accountable. But we are not God, we are not superhuman. We regularly fall at His feet and cry “Kyrie Eleison!” And if we are not up on our Greek, we simply say “Lord, have mercy!” And He does. And His mercies are new every morning.

Well, it’s 10:15 and while I was busy writing this, I just realized I forgot to put Mary to bed. Someone is going to be cranky in church tomorrow. Sigh.

[quote]The steadfast love of the Lord never ceases, His mercies never come to an end; they are new every morning; great is your faithfulness. Lamentations 3:22-23[/quote] 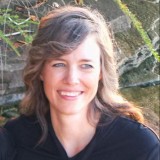 Lutheran pastor's wife and Army chaplain's wife (same man!) Homeschooling mom of three and occasional young adult consultant for two more. Homeschool group drama department interim co-chair, (cause “president” sounds too scary). Youth group leader, computer IT guy, church historian and honorary trustee. Wannabe gardener. Most importantly, a redeemed by the blood of Jesus, daughter of the King who spends an inordinate amount of time learning, and re-learning what it means to walk in God's grace!